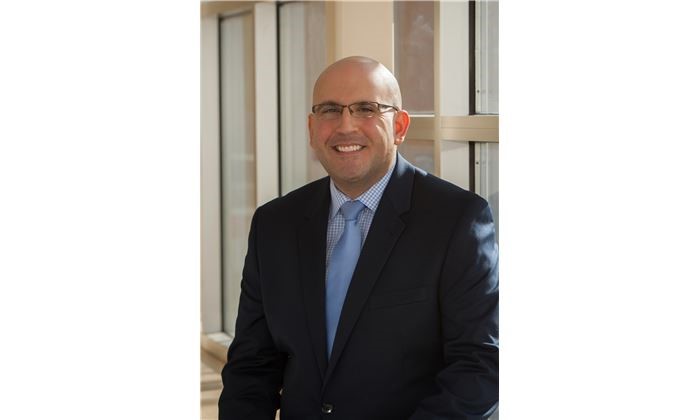 Woonsocket, RI (March 23, 2017) – Michael R. Souza has been named CEO of Landmark Medical Center and The Rehabilitation Hospital of Rhode Island, bringing more than 20 years of experience in many facets of healthcare, from finance to executive management to government relations. He replaces Richard Charest, who retired in February.

Mr. Souza joins Landmark from the Hospital Association of Rhode Island (HARI), a statewide trade organization assisting member hospitals through advocacy, education and representation. He joined HARI in 2009 as Senior Vice President, and became President in 2014. In this capacity, Mr. Souza developed an expertise in today’s complex healthcare landscape that is second to none.

Adding further dimension to Mr. Souza’s appointment is his history with Landmark. From January of 2001 until March of 2007, he served in multiple capacities – among them, Director of Financial Planning, System Reimbursement, Contracting and Revenue Analysis. He began his career as a Training Consultant with Harvard Pilgrim Healthcare in Quincy, Massachusetts.

“I am looking forward to returning to Landmark for many reasons,” says Mr. Souza. “My history there was beneficial to my career growth and I look forward to working with the medical staff and employees at a leadership level. Most importantly, with Prime Healthcare’s dedication, Landmark continues to be a vibrant community asset. I share its vision, to continue operating on the cutting edge, without losing the feel of a community hospital.”

Regional Chief Operations Officer of Prime Healthcare Services, Bryan Burklow, said of Mr. Souza, “Michael has the expertise and business acumen to take the helm as CEO of Landmark Medical Center and the Rehabilitation Hospital of Rhode Island. Both organizations are poised for continued growth and prosperity. We are very pleased that Mike will be joining Prime Healthcare Services as we continue to invest in the Rhode Island community.”

Michael Souza earned his B.A. degree from the University of Massachusetts at Dartmouth, and his Master’s degree in Management from Bridgewater State College in Bridgewater, Massachusetts. His first day at Landmark will be on March 27.

Landmark Medical Center is a 214-bed acute care hospital in Woonsocket, RI and The Rehabilitation Hospital of Rhode Island is an 82-bed rehabilitation hospital in North Smithfield, RI. Originally known as the “Woonsocket Hospital,” Landmark Medical Center has been serving the communities of northern Rhode Island and southern Massachusetts since 1873.