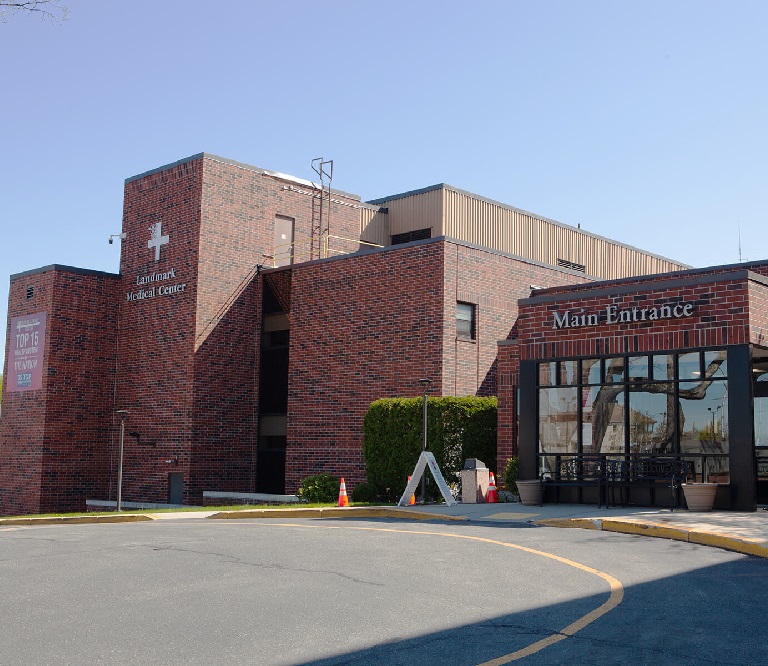 Christmas morning three years ago, Daniel Couture went to Landmark Medical Center with shoulder pain. He thought he’d get a cortisone shot and then head home to open gifts with his family.

Instead, doctors found two arteries clogged, and one fully blocked.

“I was in the midst of a five-alarm heart attack,” Couture, 63, said at the time.

He immediately underwent catheterization to clear the arteries. He took part in a 12-week cardiac rehabilitation program and still visits the clinic across from the hospital three times a week for exercise and dietary help.

Count Couture was among those relieved that Landmark, which had been in receivership and faced an uncertain future, was rescued. One year ago, the independent, nonprofit institution was acquired by California-based Prime Healthcare, making Landmark the first for-profit hospital in the state.

“They saved my life,” says Couture, who lives just six miles away in Smithfield. Had he needed to go to a Providence hospital, he said, “I could have died on [Route] 146.”

While Couture rapidly received life-saving care, Landmark, along with its subsidiary, the Rehabilitation Hospital of Rhode Island, were stuck on life support almost interminably. Perched on the precipice of financial ruin, the 142-year-old hospital landed and remained mired in receivership for more than five years.

New ownership was deemed Landmark’s only hope of salvation. So Couture joined a chorus of community and business leaders urging state officials to do everything possible to protect local access to medical care and Landmark’s 1,100 jobs.

But the Dec. 31, 2013, sale to Prime would only come to fruition after a deal with another suitor fell apart, after a rigorous review by the state’s Health Department and attorney general, and after Superior Court, Judge Michael A. Silverstein gave his approval.

In the 15 months since then, the hospital, which had languished while in receivership, has undergone a litany of improvements, said Richard Charest, who remained CEO after the acquisition. To point out the changes, he gave a tour of the upgrades on Tuesday, one day before a ceremony marking the anniversary was to be held.

Charest showed off renovated nursing units with new floors, ceilings, lighting, beds, and bedside medical gear. The main lobby has been done over, complete with the addition of a donated player piano to soothe visitors. The emergency room entrance and waiting area were also remodeled. Prime has also had the roof of every building replaced.

“They have made a huge commitment in the first year,” said Charest. “They have kept every promise they made.”

Prime pledged to spend $30 million over five years on improvements. It has spent upwards of $12 million so far, Charest said.

Meanwhile, employment has grown by 100, Charest said. After not getting raises for nearly five years, union employees received raises of 2.5 percent for 2014 and 2015, with non-union employees also getting a boost in pay. Representatives of United Nurses and Allied Professionals Local 5067 did not return a call seeking comment.

Medical positions have also been added as Landmark, following an industry trend, has sought to employ its own primary care physicians. They work out of offices in surrounding communities.

Allowing a hospital to turn for-profit was a cause for concern for many.

The deal with Prime, in particular, raised issues about its practices. State health director Michael Fine noted at the time that federal investigators were looking into allegations that Prime had admitted patients unnecessarily and was “upcoding” — billing insurers for diagnoses more severe than patients’ actual ailments.

Prime’s practice of collecting the highest possible reimbursement from insurers and admitting a majority of the patients who arrive in its emergency rooms could “contribute to the growing cost of health care in Rhode Island,” he said. His approval of the sale included conditions to address these concerns.

Fine did not respond to a request for comment.

“I think when people understand that care doesn’t change based on the tax status of their hospital, they have a different perspective,” said Charest. “We haven’t turned away patients because they can’t pay or for any reason.”

Lisa Baldelli-Hunt became Woonsocket’s mayor around the time Landmark was sold to Prime.

“I can tell you it has been smooth sailing,” she said. “They are a community partner.”

She’s also thankful for the property taxes Landmark must now pay since it’s no longer a nonprofit. An agreement required Landmark to pay her beleaguered city $900,000 for 2014, which will be adjusted after an appraisal is completed.

“This particular change [to for-profit] that people were uncomfortable with has proved to be beneficial from a health standpoint and a community standpoint,” Baldelli-Hunt said.